Learn more about our year 1 composers and the communities they will be working with. 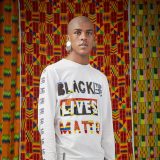 Year 2 for-Wards composer and Handsworth-born Xhosa Cole is part of the established legacy of Birmingham Jazz saxophonists founded by Andy Hamilton. As a saxophonist, Flautist, Composer and Producer, Xhosa has played, studied and collaborated with a wide range of world class musicians and composers.

Selected by Wassifa and working in Ladywood District. 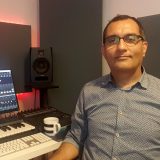 Year 2 for-Wards composer Simon Duggal has produced and written in a variety of genres for artists including Shania Twain, Apache Indian, Swami and Maxi Priest, as well as remixing records for many artists including The Beat, Steel Pulse, Erasure and Nusrat Fateh Ali Khan.

Records produced by Simon have won 2 Grammy Awards as well as being nominated for 2 Brit Awards and a Mercury Music Prize Award. He was also nominated for the coveted Ivor Novello award for song writing, in the category of best contemporary song, alongside Take That and M People.

Simon also composes music for TV adverts including Pepsi, Intel, Toshiba, Etisalat and others. He has songs featured in Hollywood and Bollywood movies and wrote the music for a BAFTA winning British TV drama.

Selected by Wassifa with Kalaboration, working in Perry Barr District. 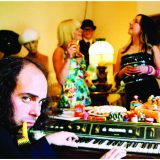 Year 2 for-Wards composer Grandmaster Gareth is a composer and songwriter based in Birmingham. He runs an eight-piece band called Misty’s Big Adventure, as well as releasing solo albums.

His music has been played by many DJs including John Peel, for whom he recorded a Peel Session. He has collaborated with Sir Patrick Moore, Noddy Holder, Gruff Rhys, The Zutons, Dave Gorman, Broadcast and Pram.

He wrote the music for the BBC2 series Genius, and has composed and performed live scores to the films Nosferatu, The Cabinet of Dr Caligari and Faust. He has composed computer game soundtracks for Playstation and Adult Swim. And written several musicals for Creation Theatre. He is published by Bucks Music Publishing.

Selected by mac birmingham with Hare and Hounds, working in Hall Green District. 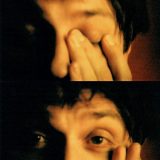 Year 2 for-Wards composer Scott Johannsson is a Birmingham UK based visual artist and musician – a member of the group LARVA, co-owner of Ondes Positives record label, and member of the band Horse Feathers.

LARVA have performed and recorded live soundtracks to the films LA JETEE (2016), IDAHO TRANSFER (2015) and THE MASK (2013), as well as releasing a double cassette of improvised electronic music for avant garde short films. Recent projects include a solo film re-score which was performed in Sept 2017.

As FILM FICCIONES he has created short films, music videos and live visuals for numerous music and theatre groups, as well as devising multi-media performances THE DIVINE EDGAR (2008), THE ATLAS EXPERIMENT (2008), IRIS (2011) and SHADOW SHOWS (2012) with experimental band Pram. He also created the participatory celluloid film project THE HAUNTED SCREEN (2013) as part of Capsule’s Discovery Season at Library of Birmingham.

His work often incorporates pre-digital media, drawing on techniques and ideas from early cinema and surrealism. A fascination with the interaction of sound and image also plays a part in the film and animation workshops he delivers with young people and adult learners. 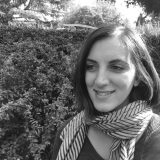 Year 2 for-Wards composer Annie Mahtani is an electroacoustic composer, sound artist and performer working and living in Birmingham, UK. After completing her doctoral studies in composition in 2008 she has worked as a freelance composer, performer, curator and educator.

Her work encompasses electronic music composition from acousmatic music to free improvisation. As a collaborator, Annie has worked extensively with dance, theatre and on site-specific installations. With a strong interest in field recording, Annie’s work often explores the inherent sonic nature and identity of environmental sound, amplifying sonic characteristics that are not normally audible to the naked ear. Her music explores abstract and recognisable sound worlds and all the spaces in between. With a preoccupation with space, Annie works extensively with multichannel audio both in concert pieces and in live performance.

Annie is a Lecturer in Music at The University of Birmingham. She is co-director of SOUNDkitchen, a Birmingham based collective of curators, producers and performers of live electronic music and sound art.

Year 2 for-Wards composer Pøgman is a producer from the UK who is an original pioneer of the new age sound. Championed by formidable record labels; Smog Records, Disciple Recordings, Never Say Die, Uplink Audio & Self-founded I AM Audio. Over the years Pøgmans sound is recognisable yet uniquely different from record to record and is synonymous with hard yet wonky sound. With a back catalogue of records waiting in the wings Pøgman is one to watch out for in the next 12 months.

With two tours in Canada, two tours in Australia & constantly travelling Europe for the past three years, Pøgman is undoubtedly cementing his place in dubstep and rightfully so.

Listening to Pøgman live compared to the safety of your own bedroom are two completely different things. With his natural ability to tailor a set to a crowd off the cuff and his unparalleled energy Pøgman is soon to become your favourite.

Selected by Access to Music and working in Sutton District. 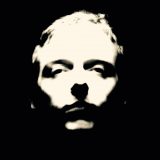 Working in collaboration with Rowen Coleing in Hodge Hill district, renowned Birmingham singer, songwriter, guitarist, producer and Year 1 for-Wards composer Justin K Broadrick will be working with us to musically reflect the district of Hodge Hill. Justin was selected by our artistic partners Access to Music.

Justin has forged a long career exploring grindcore, industrial and electronic soundscapes with bands such as Napalm Death, Godflesh, Jesu (band), Final and JK Flesh. Many of these internationally renowned and influential projects were actually initiated right here in Birmingham. Justin has also maintained a parallel career as a producer, creating records and remixes for groups such as Pantera, Killing Joke, Mogwai and Pelican, to name just a few.

“Access to Music is extremely excited to be involved in the for-Wards project and hope to inspire our students as they witness a two year expression of our great city through music. We are honoured to be working with Justin K Broadrick who has such a notably wide and diverse background in music composition and production.” 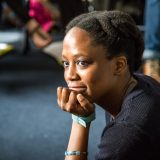 In collaboration with Royal Birmingham Conservatoire we are pleased to announce Year 1  for-Wards composer Bobbie-Jane Gardner, who will be working in Selly Oak District.

Bobbie-Jane is a composer, pianist, arranger, producer and music leader. Her piano playing skills have seen her perform with an array of bands and ensembles. Bobbie loves orchestrating, arranging and remixing music.

Bobbie-Jane is also the brainchild behind for-Wards and is excited to see the results of this ambitious musical journey!!

“Bobbie-Jane Gardner is rapidly gaining a reputation as one of the most exciting figures on the dynamic Birmingham new music scene, and one of the most distinctive composers of her generation.” Joe Cutler, Head of Composition – Royal Birmingham Conservatoire 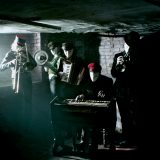 Working in Edgbaston district and selected by our artistic partner mac arts and capsule,Year 1 for-Wards composers Pram (known for their use of unusual sounds including the incorporation of Theremin, toy instruments, other-worldly samples and analogue electronics), are the first to join this ambitious project.

They will be working in Edgbaston district to create a piece of music reflective of the sounds and stories found via their community collaborators. 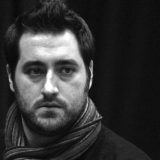 In collaboration with Birmingham Contemporary Music Group we are pleased to announce Year 1  for-Wards composer Percy Pursglove will be working in Northfield district.

“BCMG is excited to be part of for-Wards as it brings together two of the most important parts of its mission – supporting the creation of new music and bringing it to the widest possible audience.”