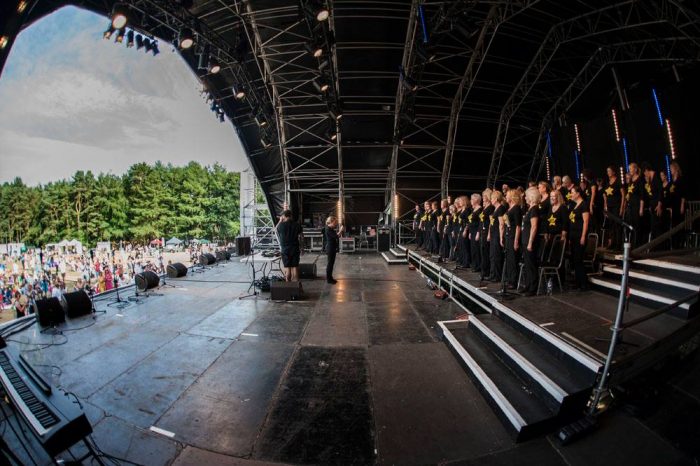 After working on the For-Wards for the past 8 months we finally brought it to and end on the 1st of July with the final performance in Sutton Park.

Rewind 8 months and it all started with us gathering 4 groups (1 from each ward) to work with in the Sutton area. We ended up joining forces with Sutton Rock Choir (New Hall), Whitehouse Common Primary School (Trinity), Shaggy Dog Golf Club (Vesey) and Greville House Retirement Home (Four Oaks). In the early stages we met with each group and explained exactly what the project entailed. All 4 groups were very interested from the get go and we started work very quickly.

With each group we planned and mapped routes in their specific area and also discussed familiar sounds that we should try and capture on the recordings. The sounds gathered from the groups ranged from nature to chatter to electrical sounds. We managed to get a nice array of different sounds from each ward and really captured the surroundings and environment of each groups habitat.

After gathering all the sounds i went away and started to structure and build the compositions. I approached each one with the group in mind and attempted to capture the feel and vibe of the group and its surroundings in the mood of the song. For instance the Greville House composition ended up being beautifully melancholy as this was the exact way i would describe the home after visiting 5 times. The schools composition was very energetic and had a lot of input from the children regarding bpm, the key of the track and also the instruments used. I went back and showed each group the progression before i finished anything up as i wanted to make sure we agreed on the direction and the mood of the tracks. All seemed happy for me to go ahead and finish up and thats exactly what i did.

The final performance had additional content from the Rock Choir and the children of Whitehouse Common. Me and Lee Fisher sat down and wrote choral sections throughout the New Hall composition which ended up being sang live by the choir themselves on the performance. The children performed on stage with me also and presented a visual representation of their ward (Trinity). With a banner, drawings and words they joined me on stage for their part of the 20 minute performance.

This whole project was a new experience for me and i loved it. We had ups and downs and had to tackle many obstacles along the way but it all came together at the end and we managed to pull off the final performance in front of over 1000 people at the prestigious ‘Concerts In The Park’. I took on this project with the goal of making myself and people around me think outside the box and to break the ‘norm’ and the ‘rules’ of music. The way we progress in any art form is by forward thinking and i think that was heavily noticeable throughout.

I would 100% do something like this again and have learned alot regarding the way i work and how forward thinking can have such a positive impact on art and music in general.