My daily work involves producing records, writing songs, remixing tracks and mastering audio. On top of that I tutor students through their BA Honours degree in Music Production at BIMM Birmingham, am Ambassador at DMS, the largest independent music school in the UK, and am nearing completion of writing a book on music production.

I’ve been commissioned to work with community groups in the Perry Barr district of Birmingham which covers Lozells and East Handsworth, Handsworth Wood, Perry Barr and Oscott. 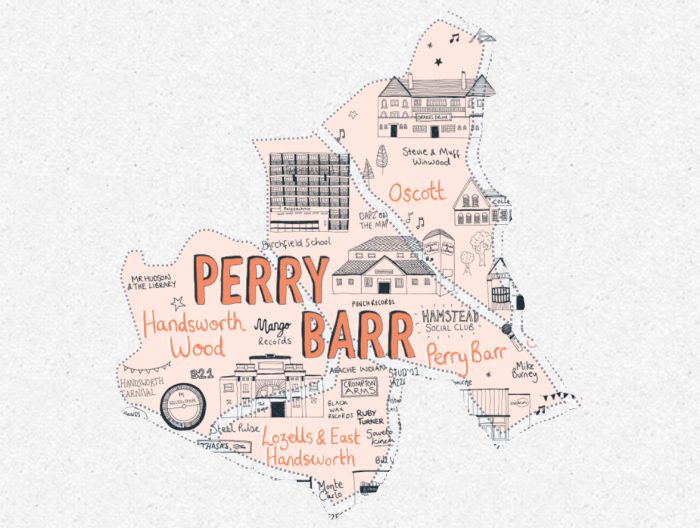 For me, the For-Wards project is a celebration of the diversity that exists in my home town. It’s given me an opportunity to learn from and about different communities that I would possibly not otherwise get to know.

The first stage of the project was to ascertain which groups would like to be involved. I made lots of calls and sent lots of emails. Eventually the four groups were selected.

I’m working with a group of 15 ten year olds. They are a great bunch of kids with bags of enthusiasm and excitement. I started by doing a workshop with them to explain what the project involved, to tell them a bit about my work, and to demonstrate how I make music with software and hardware devices. Each of the 15 kids had a go at manipulating sound on my computer in Ableton Live. In the second workshop I explained how sound works. I split the the kids up into 3 groups of 5 and asked one group to find items in the classroom that made low frequency sounds, another group mid frequency sounds and another group high frequency sounds. 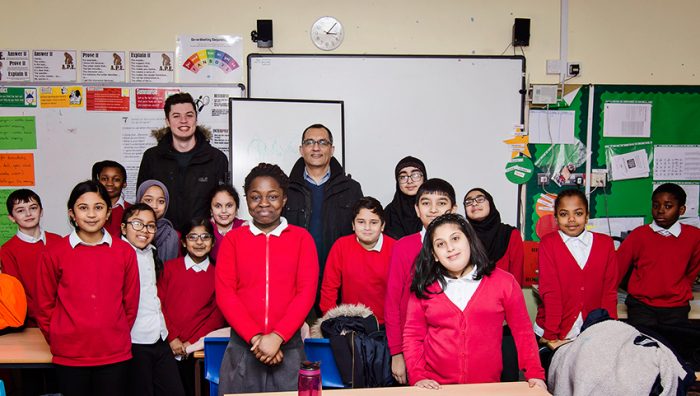 Then we got some rhythms going, starting with low sounds, introducing mids and then highs. After that we planned the route for the following week’s field recording trip. The kids suggested we record sounds at Witton train station, the Tame River and their local Tesco where some of the children’s parents work. We captured some great sounds.

I connected with a women’s fitness group who gather in Handsworth Park on Sunday afternoons. Our first meeting was a kind of outdoor workshop which involved me explaining the project to them, and them suggesting a route for the field recording session. We met again and explored the sounds of the park.

It just so happened to be a day when there was some interesting activity. We recorded the sound of geese fighting, drunk men cat calling and the sound of the ladies exercising.

For Handsworth Wood I’m working with DISC, a group for carers of dementia sufferers. They meet on Thursdays and give support and advice to carers on a range of things, from knowing what they are entitled to, and filling out forms. On my first visit there I gave a talk on the project. The following session involved some of the group recording sounds in and around the building. 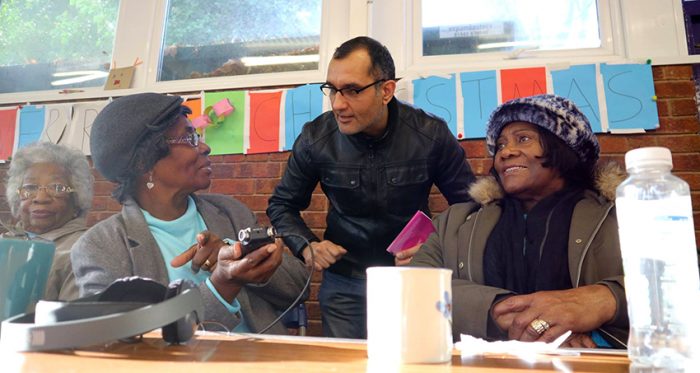 They captured sounds from within the kitchen and recorded some interesting conversations about yesteryear. My next visit there will be to explore the sounds that they captured and see how we can use them in a composition.

Maryville is a support group for elderly people living alone and with disabilities. On Tuesdays they have a lunch club. My first visit there involved giving a talk to a group of around 50 people. A group of 6 got involved and we did a subsequent field recording session with them in the building. 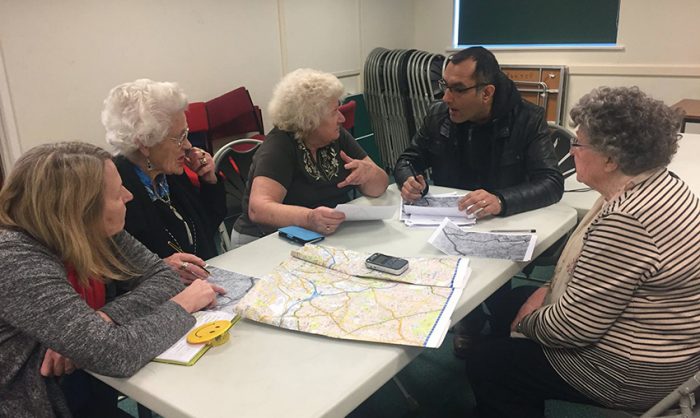 They also suggested sounds that I could record on their behalf around the local area. I went back to do another recording session with them. This time a group of 7 shared stories of yesteryear. We talked about work, family and social life through the years in their area.

I’m looking for-ward to the next stage of the project. Creating compositions with the participants from the variety of sounds they have captured.